The Dorset Squash & Racketball junior end of season squash tournament and presentation was held at the West Hants club on Sunday 30th June 2019. Five children from DTSC took part in the competion, 3 of them (Oliver, Ed and Arlo) in their first ever tournament.

Group A (5-6 age group, 8 players)
Starting the day with our 5 and 6 year olds, it was so encouraging to see them playing some super rallies and enjoying themselves so much. Arlo Shave (DTSC) took the title beating George Barrow in a tightly contested final. He also had the longest game in his first round winning it 25-23.
Group A final: Winner ~ Arlo Shave (DTSC), Runner Up ~ George Barrow

Group E (12-14 age group, 8 players)
Ed Elliott and Oliver Dunn won their first round matches and got drawn against each other in the semi final both played well knowing each other’s game with Oliver the victor this time. Oliver then had a very tight final with Toby Lemans who won 15-13 in the third game.
Winner Toby Lemans ~ Runner Up Oliver Dunn (DTSC) ~ 3rd Ed Elliott (DTSC)

These will be fun sessions teaching children the basics for playing Squash.

Please contact Janet Biles and book places so that we know how many children there will be.

There are opportunities for all members to have group or individual coaching.

Our new Squash & Racketball Coach is Neil Chambers who has represented and coached at various clubs around the world.

Neil is currently playing to a professional level at both squash and racketball - If you want to book some coaching then contact him on 07866 097231 or email him. Coaching costs £15 per 45 minute session. 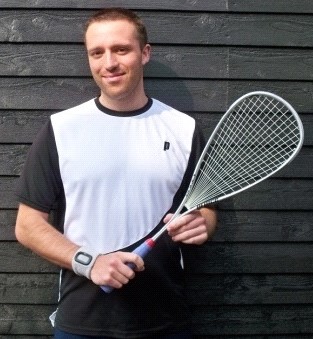 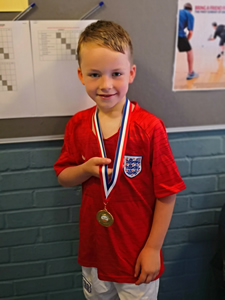 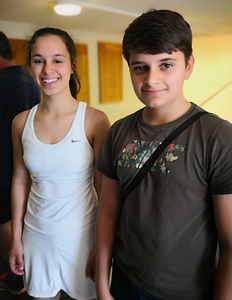 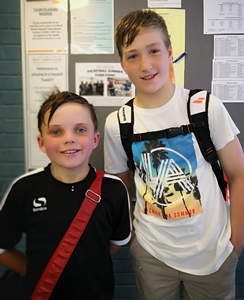 Finals of the Squash and Racketball Handicap tournament

The Finals of the Squash and Racketball Handicap tournament were held at the club...